Recently a friend sent me a short video of her baby grandson. I was struck all over again by how many fleeting expressions a small human being can rehearse in a few moments – in 30 seconds of moving image there were displays of intense pleasure, humour, astonishment, disgust, fear, anxiety, and again pleasure.

The human face has forty-three muscles. Many of them work beyond our conscious control most of the time, so that in face-to-face situations we’re in emotive and expressive flow. But still photographs of the face capture a moment, or some version of the default setting of that face, especially as we grow older. George Orwell said, ‘At fifty, everyone has the face s/he deserves.’ But over time we also have the face to which genes contribute (most people grow to look more and more like their parents!) – the ageing, characterful face that we do well to learn to be at home with.

I’ve had a complicated relationship with the camera since my childhood. My father used to take a lot of ciné films of our family. When he appeared with his Bolex it signalled that we were officially on holiday, or that we were being formally recorded. We knew we should prepare to Enjoy Ourselves and/or Behave Well for the lens. I always felt I was being too closely watched; it made me uneasy. Susan Sontag in On Photography writes ‘To photograph people is to violate them, by seeing them as they never see themselves, by having knowledge of them that they can never have; it turns people into objects that can be symbolically possessed.’ It was that sense of being possessed that I most disliked.

My resting face can sometimes look sad even when I feel buoyant, I know that. People are concerned by a solemn face, and so we’re encouraged to smile for the camera. For years I put on a special face when I was being photographed. And then the other day I mentioned to my son Freddie that I needed fresh photos (new book of poems coming out later this year, various imminent events, etc) and he offered to take some. We spent a couple of hours out on our beloved Tunstall Forest on a freezing January afternoon. Here are the results. I’m so happy with these photos. Thank you Freddie, you have changed my relationship with the camera.

Please note: a sales pitch – if anyone is interested in having their photograph taken by Freddie, he is open for business. He’s a sensitive and skilled amateur photographer, but not a professional, so his sessions are very reasonably priced. He enjoys shooting in 35mm film, or digital, and has an intuitive approach to editing. If you’d like to know more, email Freddie Willatt at willattfreddie@gmail.com 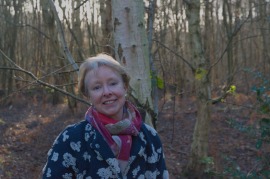 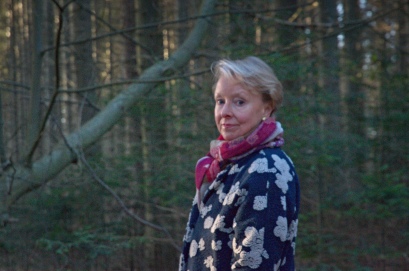 6 thoughts on “Faces in photographs”