Synchronicity can be powerful. At the moment I’m unpacking after four moves in three years, and simultaneously I’m preparing to release my memoir The Missing List into the world on September 18th, with Linen Press.

The Missing List, which has taken me years to write, tells the story of how I packed away my childhood and did my best to forget much of it in order to survive, only to have to unpack and sort through everything later, so I could heal. It’s a book about keeping secrets and uncovering them, about learning to search for the truth. It’s about boxes and containment, houses and memories, parents and children and who cares for whom. It’s about lists and things that go missing. There are passages of journal and flashback and accounts of ciné-film footage. The narrative holds my father’s voice as well as my own.

I wrote this book because I had to, although writing it was the most difficult thing I’ve ever done. And in making the book, I gradually remade myself. I want The Missing List to find its readers and I want it to open up conversations about abuse and pain, love and loss and, most importantly, about coming through. 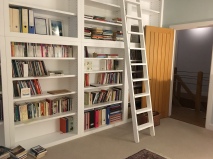 Now that the builders have more or less finished their work in our new home, it’s time to open boxes. At long last I’m rediscovering books and clothes and all kinds of other things that I packed three years ago and put into store, and I’m also unpacking stuff I boxed in March when we were leaving Sussex for Suffolk. All this is hard work, both physically and emotionally, but deciding what to keep and where to put things is deeply rewarding.

And here is the magnificent cover art for The Missing List, created by the brilliant Neil Gower. It’s been fantastic working with Neil – he was exceptionally sensitive to the text and he was 150% committed to finding the right visual clothing for the book. I enjoyed our lively exchanges as the painting developed and I’m completely thrilled with the result. A great big thank you, Neil! 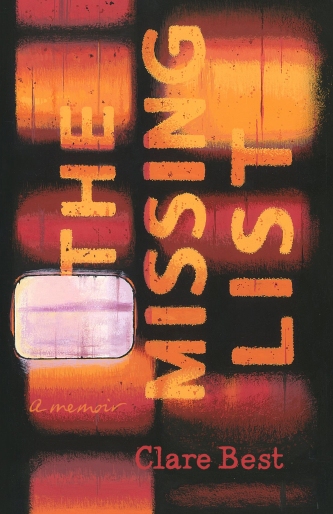